Selected several years ago by the ESA, the platinum-based metallic glass (PTCuNiP) produced by the PX Group SA is now used for a series of scientific experiments on the International Space Station (ISS).

For several weeks, the metallic glass produced by the PX Group SA has been tested in real conditions on the ISS within the framework of the ThermoProb/ThermoLab project of the European Space Agency (ESA). The project is part of a multidisciplinary research program on the theme of the properties of metals in the liquid state.

As part of research carried out in materials science, metallic glass was melted by electromagnetic levitation in micro-gravity on the ISS. The approach is to film the liquid drop from above and from the front and to record the temperature as well as all the parameters of the experiment during the melting cycles, as illustrated in the image below which captures the molten metallic glass drop, seen from above on the left and from the front on the right. The temperature is represented by the black curve on the graph.

The results of the tests will allow the scientists associated with the project to obtain reliable results in terms of measuring the evolution of surface tension, density and viscosity as a function of temperature, as well as to evaluate other properties of the alloy in a liquid state. The collection and analysis of the information gathered will allow numerical simulation for the behaviour of the liquid alloy.

Want to know more? Get in touch via silke.prades-rodel@pxgroup.com 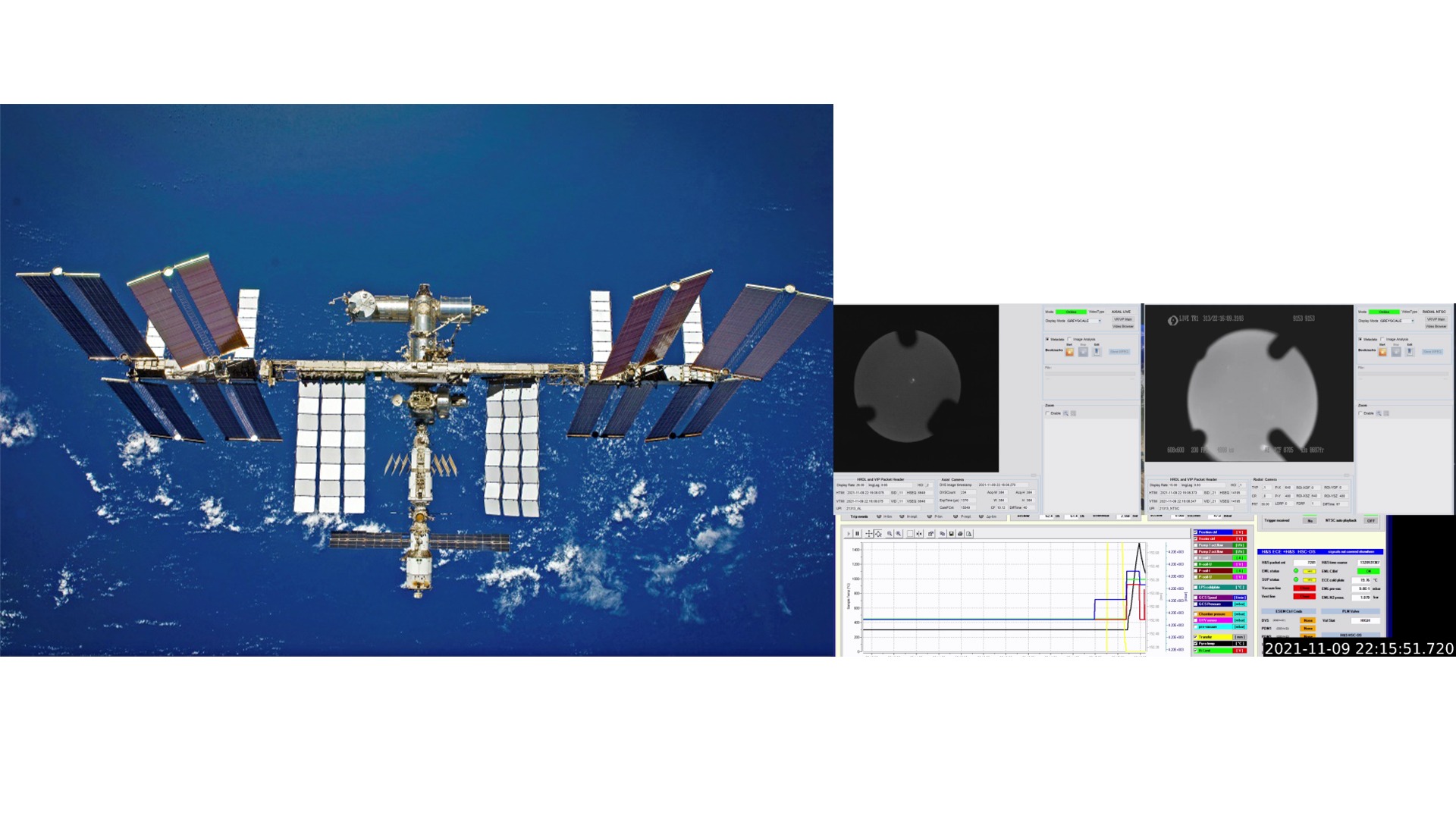 Close Menu
The version of your browser is too old to display our website correctly.
We advise you to upgrade to a newer browser.